“There's always something special about a first visit!”

Since 1970, our ships have made over 50 port visits in Spain, but only one to the port city of Ceuta, a Spanish autonomous city on the north coast of Africa. Logos II – the vessel that Logos Hope replaced – visited in 2006. Now, at the end of June, Logos Hope has docked at the port of Ceuta for the first time in her history. 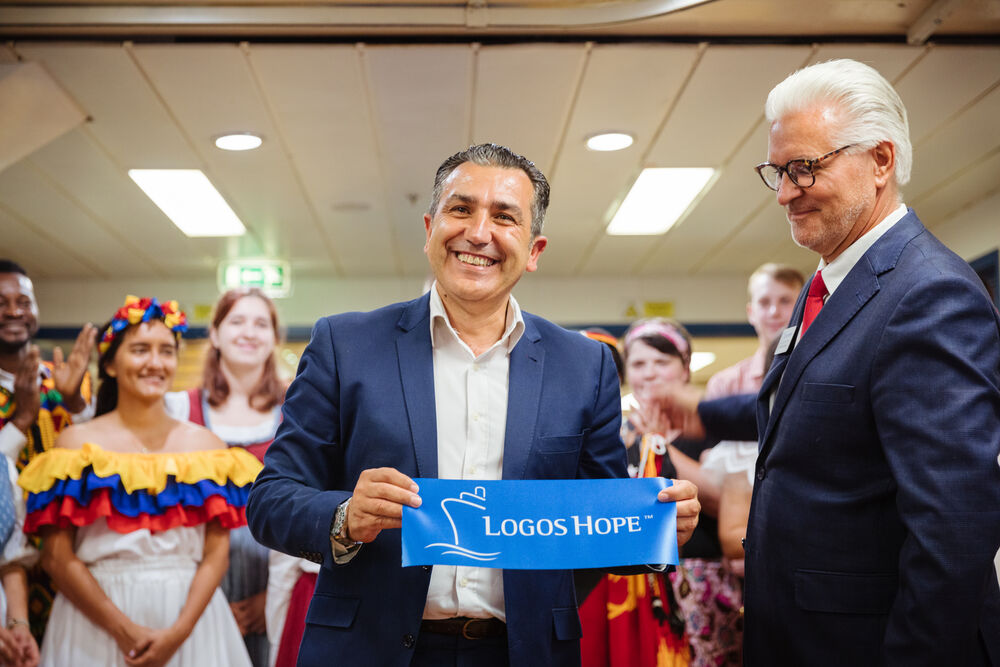 Director Randy Grebe (USA) says, “I don't think any one of our 300 crew members have ever been here… [My wife and I] have been to many countries of the world, a number of those countries we've been back to again and again -- but there's always something special about a first visit! And now I add you to the list – now I have been in Ceuta!”

Addressing the fact that the city is home to a mixed ethnic and religious population due to its special location, Chief Mate Ionut Vlad (Romania) says, “Thank you for welcoming us in such a great place of cultural and historical heritage… Here we are -- our diverse team on board Logos Hope meeting the diverse community in Ceuta. On both sides with good intentions the outcome can only be a good one, so at the end of our visit we may look back and see the great things that we achieve together.”

Minister of Education and Culture, Carlos Rontomé, explains, “Ceuta is a different city. It is in the middle of two continents, the middle of two civilizations… Historically it’s been a passing place, but it is also a meeting place. Ceuta is a city in which coexistence is a main value. Ceuta is like this ship: many cultures, people from different backgrounds, living altogether in a small space.

“Thank you for coming. I believe the [description] of this ship doesn’t fully do it justice… It is way more than just the largest floating bookfair in the world. It’s clear that this project has a huge humanitarian and spiritual impact. The city of Ceuta is delighted and very grateful with your visit. We wish you the best during your time here.”

The minister officially opened Logos Hope's bookfair, which is now open to the people in Ceuta from Monday – Saturday from 10am to 1pm and 6pm to 10pm and Sunday from 6pm to 10pm until July 7, 2022. Entrance: 1 Euro. 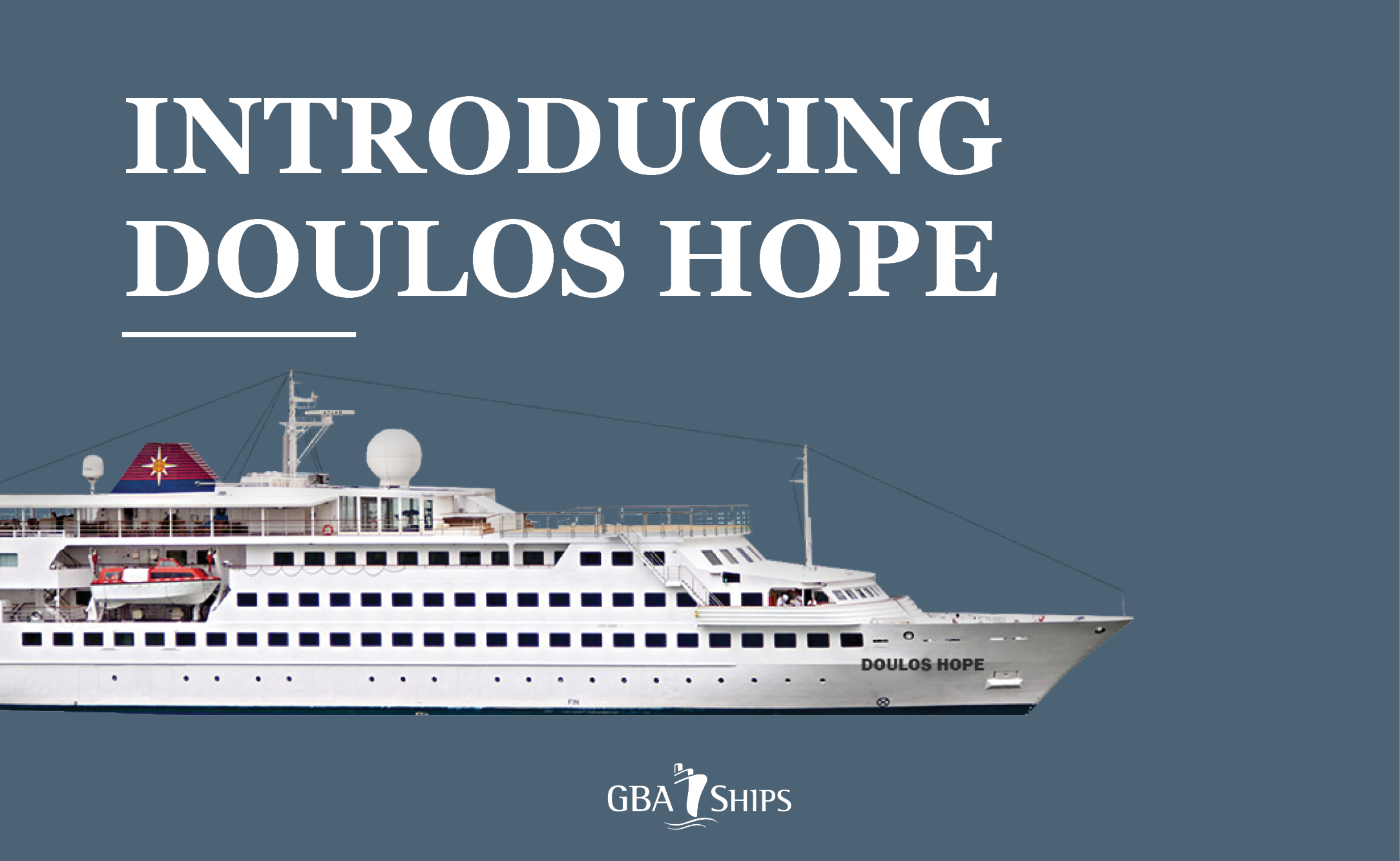 After two weeks on the blocks on the dry dock platform of the shipyard in Las Palmas, Logos Hope has been pushed back on to the synchro lift, lowered back into the water and re-floated. 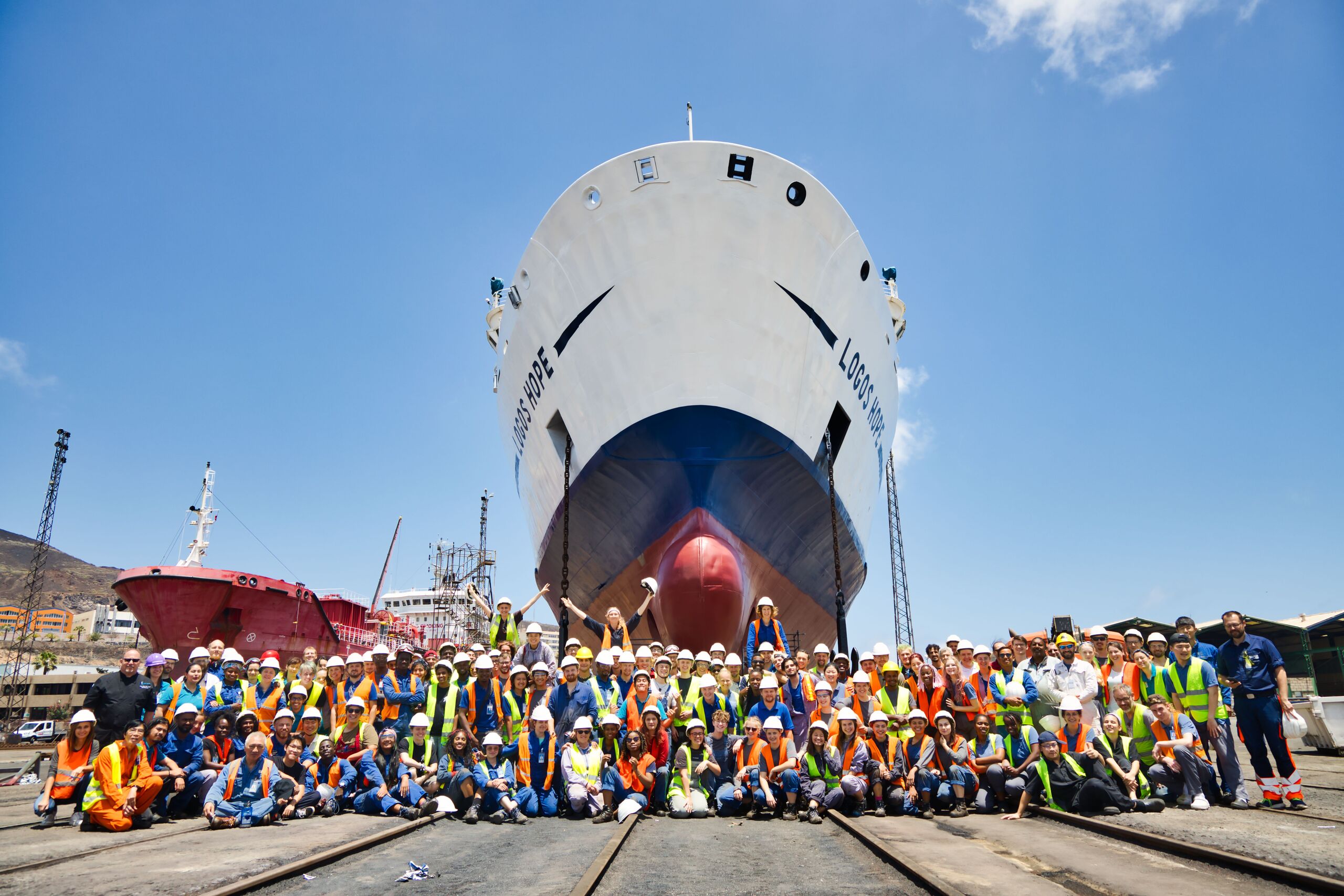 Las Palmas, Canary Islands :: The ship's technical team pose for the annual dry dock picture before the ship is refloated.

Over these two weeks, the hull has been cleaned, grit-blasted and repainted to look as good as new again, and ready for another year at sea. The ship will remain at a berth in the yard while projects on the decks and inside the ship are completed over the remaining period of annual maintenance.

Among the many other projects taking place at the same time, are overhauling Generator 2, electrical work, maintenance on the lifeboats and davits (used to move the lifeboats into position for lowering), cleaning bilges and tanks cleaning, pipe work, seawater valve maintenance, servicing the cranes, and work on the rudders and propellors.

Project Supervisor Matt (Australia) reports, “The crew has worked hard, with great progress in all areas. We are thankful for the excellent morale on board. The cooler weather has helped here, along with the great food prepared by the catering team.”

Following the port visit, with the ship open to the public in Las Palmas, Logos Hope has now begun the period of annual maintenance, which includes dry dock. Preparations have been in progress for many months to establish the work list of jobs, procure and send needed parts to the vessel and sign a contract with the Astican Dry Dock company. 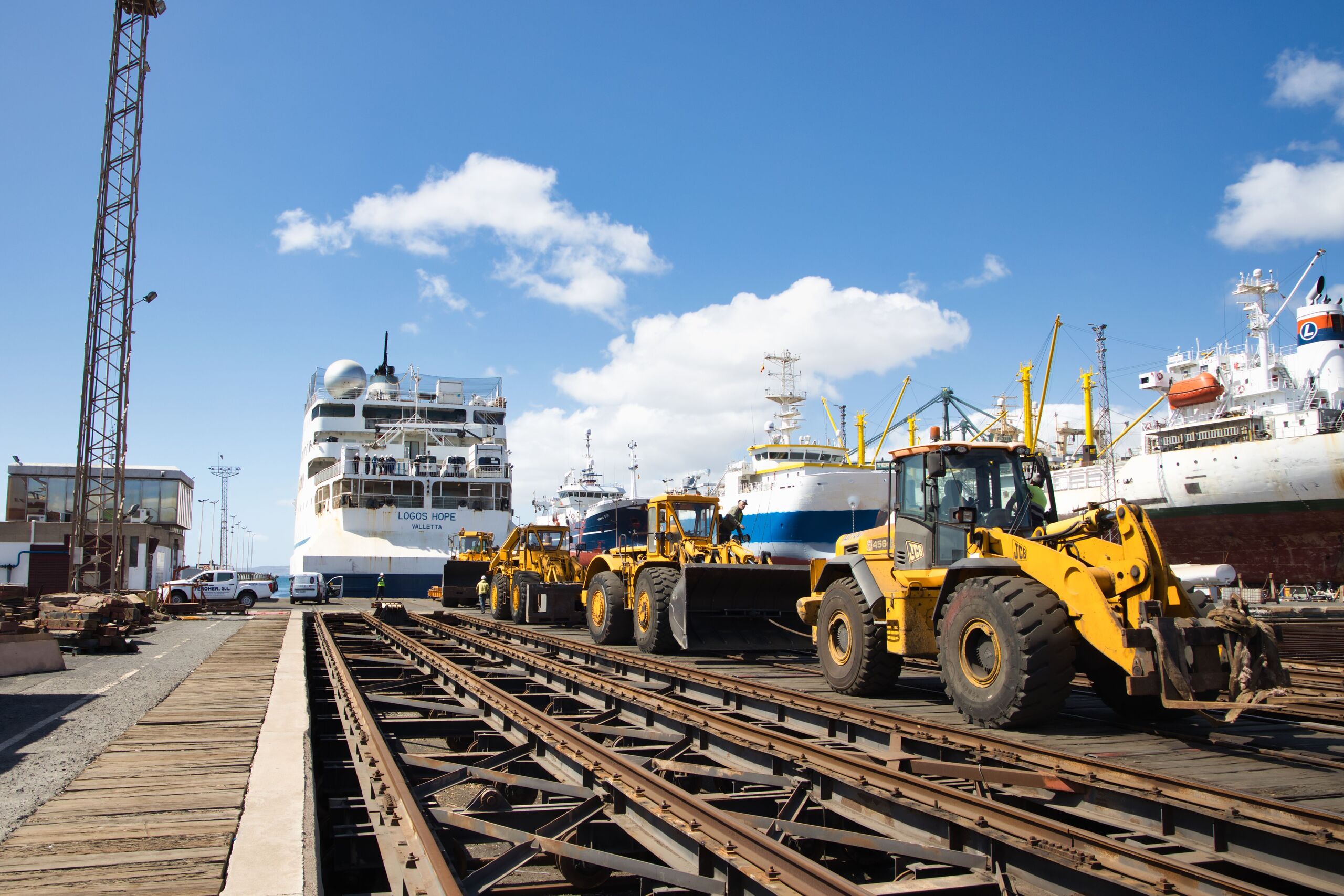 Las Palmas, Gran Canaria :: Logos Hope being lifted out of the water for the annual dry dock.

Over the coming weeks, the hull will be cleaned and repainted by the yard workers, while our technical teams on board complete many other jobs which cannot take place while the vessel is in operation. Inspections will then take place before certificates can be re-issued for another year of operation.

Teams of crewmembers not working on board have spread out across Gran Canaria, other islands of the Canaries, and beyond, to work with organisations and community groups. One team is serving at a refugee centre, while another is helping at a rehabilitation facility. Others will be involved in a wide range of activities, including visiting schools and the university, youth activities, sports programmes, prison visits and food distribution. 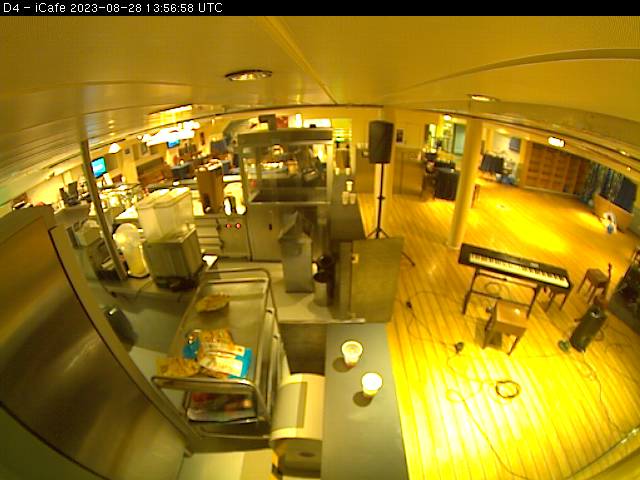 © GBA Ships e.V. - All Rights Reserved
Send to a friend